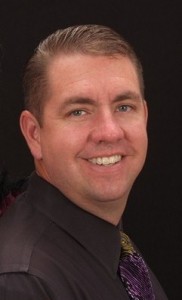 Raised in this Glorious truth from the age of 6, Derek Neumann began his journey. At the age of 14 God filled him with the Holy Ghost at Oregon Camp Meeting in 1988. Two an a half years later he was called into the ministry and confirmed by his Pastor Jesse Parker. Married at the age of 20 to his beautiful wife, Gina, who he met at a outreach gathering for a home missions work in Milton-Freewater, OR.

In 1998 he began to visit cities all over the northwest searching for the will of God and where to start a church. In 1999 He evangelized for 3 months realizing that was not his calling he made his way back to his home church in La Grande Or. In the summer of 2000 he felt the need to visit Reno Nv. With his Pastors blessing he met with Rev C. A. Prickett who was pastoring in the neighboring city of Sparks Nv. His pastors mother, Molly Parker, won C. A. Prickett to the Lord in Bakersfield Ca. thus having the connection of these two families. Through many twists and turns, ups and downs, exciting and heartbreaking in the fall of 2001, he was voted in as Pastor of the church in Sparks NV, dramatically it was on that fateful day Sept 11th 2001a day never to be forgotten both in world events and in the event of our pastors life.

He took office as pastor of First United Pentecostal Church of Sparks NV on October 1st 2001. As a young man he had dreamed of pastoring a church and calling the name thereof “Soul’s Harbor” one year later he decided it was time to make that change, therefore the name today.